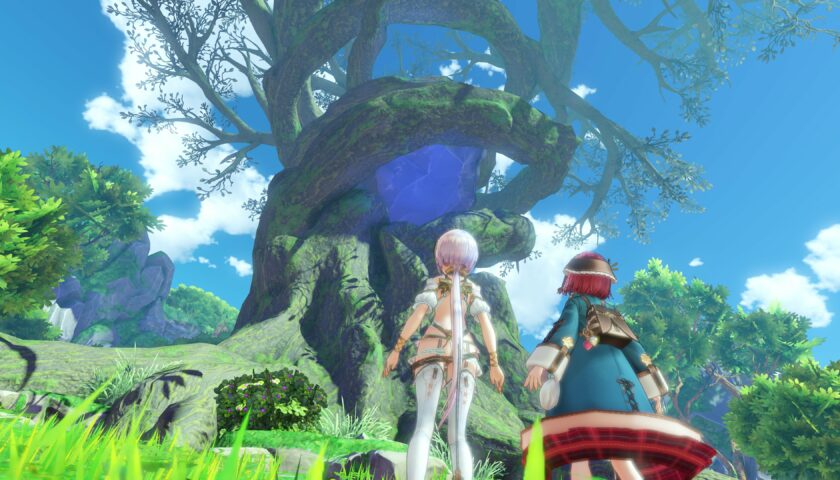 Atelier Sophie 2 will be released in a few days and we took the opportunity to ask producer Junzo Hosoi a few questions. Why the choice for another sequel fell on Sophie, whether Ryza fans have to get used to it after playing Ryza and how the Switch version works.

But we also talk about why the Atelier series likes to use German terms, what is still planned for the 25th anniversary of the series and what the chances are that we will be able to enjoy the Salburg saga in the West. 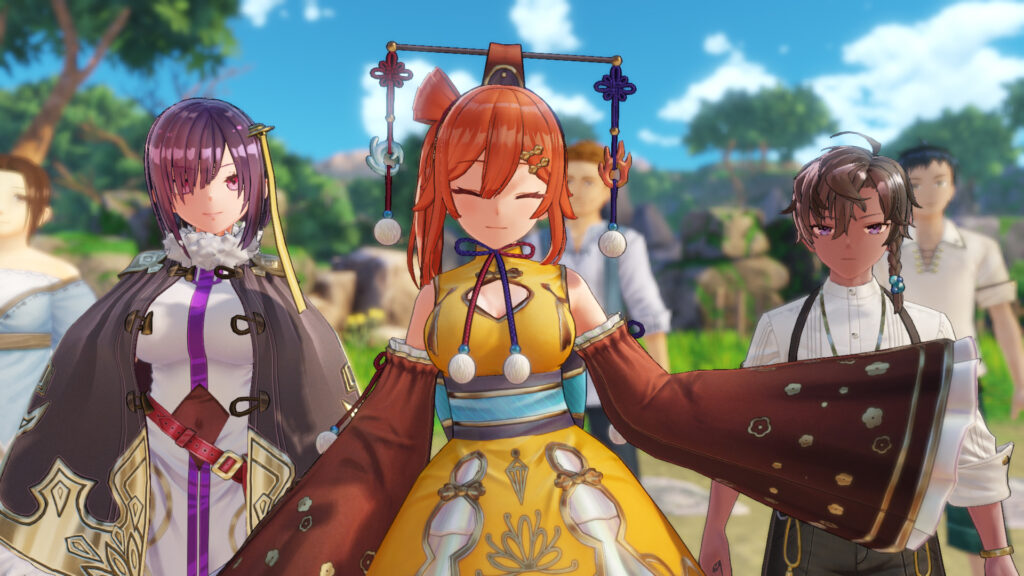 Atelier Ryza was the most successful Atelier game of all time, so a sequel was no surprise. However, a sequel to Atelier Sophie came as a surprise, after all, the original is from 2015. What did lead you to this decision?

Well to begin with, I’m really happy that the Atelier series will celebrate its 25th anniversary this year. And I was thinking about what kind of game we should create to kick off this memorial year.

The Atelier series is a series that has always moved forward with our fans by our side, and so we decided to review the reactions on social media about the games and also conducted an online popularity poll. Also when we had a returning protagonist after the release of Atelier Ryza: Ever Darkness & the Secret Hideout and saw that it was very positively received, we began considering a story about Sophie and Plachta.

Sophie was just getting her start as an alchemist in Atelier Sophie, became a teacher of alchemy in Atelier Firis, and grew to be an extraordinary alchemist in Atelier Lydie & Suelle. And obviously during all that growth Sophie and Plachta must have had many experiences. So we thought everyone would be surprised and enjoy to see one of those experiences as a sequel and new game, and in the end we selected Sophie as the protagonist.

With Atelier Ryza, you gained a lot of new fans. The Ryza games have revamped many things about the series and made it more accessible. The graphics have also evolved significantly. Will Atelier Sophie 2 match the Ryza games in terms of playability and visuals?

Of course! The Secret series had darker shading and graphics based on the theme of a „Japanese summer.“ And in order to portray the fantasy feel that is characteristic of the Mysterious series, we are using different lighting and effects to create a different ambience than the Secret series. So I think players can enjoy the different atmospheres of each title.

The story of the game is set between Atelier Sophie and Atelier Firis, and it takes the shape of one of the adventures that Sophie and Plachta experience. However, since it is a story that takes place in a dream world and in that world there doesn’t exist a clear timeline, so based on this information imagine what you will.

Aside from Sophie and Plachta (doll form), all of the other characters are new. It’s a world that has nothing to do with the timeline of reality, so during the planning stages there was also the suggestion to show a grown-up Firis… but we wanted to avoid having a cast only of familiar characters and didn’t want to be seen as a spin-off. This time, we had the concept of creating a proper new story, and show it as the newest game in the series.

When it comes to the synthesis system, Atelier Sophie ties in with the “Mysterious” sub-series (of course). Will Ryza fans have to adjust to a more complex system? How detailed are the tutorials?

We’ve put in place a system where synthesis can be enjoyed by those who have started playing the Atelier series from Atelier Ryza or Atelier Ryza 2, and also for those who are playing the Atelier series for the first time. In addition to the tutorial, we have also prepared two types of panels of differing difficulty levels for synthesis. There are the regular panels which are simple and will familiarize players with the basics of synthesis, and when players have gotten used to synthesis, they can try the more difficult Restricted Panels where it is possible to create even better items. But no need to worry – all of the recipes can be synthesized with just the regular panels, and players can clear the story.

I read in another interview that criticism for you means that people at least engage with your games. And that is a good thing! The Ryza games have basically been very well received. But still you are reading a lot of feedback. Were there critical comments that have made you think and which you are taking into consideration for Atelier Sophie 2?

The Secret series was received positively by many, but at the same time there was a lot of not-so-positive feedback. In particular, we received a lot of comments about how the guidance to destinations hadn’t changed from the existing system and was inconvenient. So taking that into consideration, in Atelier Sophie 2 we’ve enlarged the display of the current goal, guidance to destinations and the mini-map, among other new functions to make the gameplay a lot more comfortable. 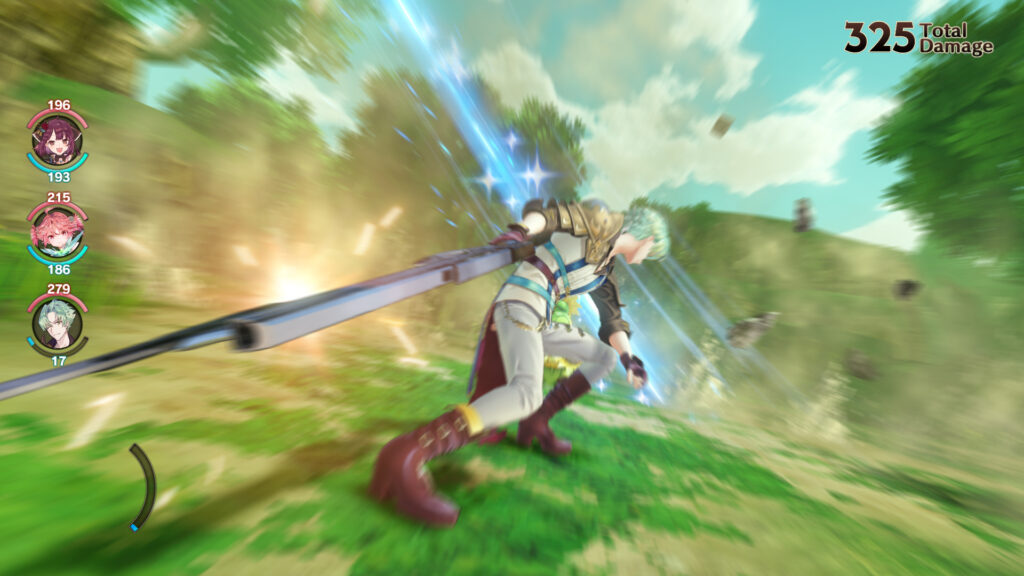 Recently, you have released a Japanese video about the photo mode in Atelier Sophie 2. There are countless filters and options. You can even pose with monsters! Can you tell us more about the photo mode? What sharing options are there? What do you hope for and to what can fans look for?

In this game’s photo mode, you can place not only party members, but people from the town and enemy monsters into photos. In Atelier Ryza 2, the inclusion of non-party members was possible after post-launch updates, but for this game we’ve included it from the start. Also, we plan on adding more poses in free updates, so I hope players will look forward to them. In terms of photographing and sharing, you will need to use the screenshot function and sharing options of each platform.

You also introduced the battle system with a trailer recently. The transition into combat looks good. The combat itself is strictly turn-based, right? What innovations for the combat system have you been working on?

The first point of battles is that they begin seamlessly. From this, I think we’ve really alleviated a lot of the stress surrounding battles. The second point is that we’ve responded to the requests of wanting to enjoy turn-based battles that are strategic, which we’ve received from fans of the series and other players that enjoy RPGs.

The battles in Atelier Ryza 2 were created with the concept of ‘being able to experience turn-based battles that include action elements.’ I think it is a system that was well received by many players and highly praised. However, personally I didn’t feel that it was necessary to go in that direction with the Mysterious series. And so I thought that we could make something that would build on and amplify the good parts of the Mysterious series‘ turn-based battles that include strategic elements.

In addition, the battles in this game are split between the assault team (front row) and back-up team (back row) and so we’ve created a new feature called „Twin Actions“ where when it’s the front row’s turn, two members from either row can perform an action together. In the party battles up until now, the player didn’t have much to do other than making a selection for each turn. In this game, players can unleash Twin Actions that instantly deal huge damage by depleting a full gauge, and it gives players a chance to proactively perform actions. And from this, I think we’ve also been able to greatly improve the pace of battles.

For the 25th anniversary, we have a lot of things planned for all the fans and it kicks off with Atelier Sophie 2, so please look forward to updates!

Atelier Sophie 2 is also coming for Nintendo Switch and that’s great – I like the Switch. The game features effectful combat and a detailed environments. Does the Switch version also offer a good performance and did you have to change textures or effects for the Switch version?

For the Switch version, we worked on it aiming for a visual quality and processing speed that doesn’t differ from the PS4. While there are some adjustments made for Switch specifications, the way the gameplay feels isn’t much different. 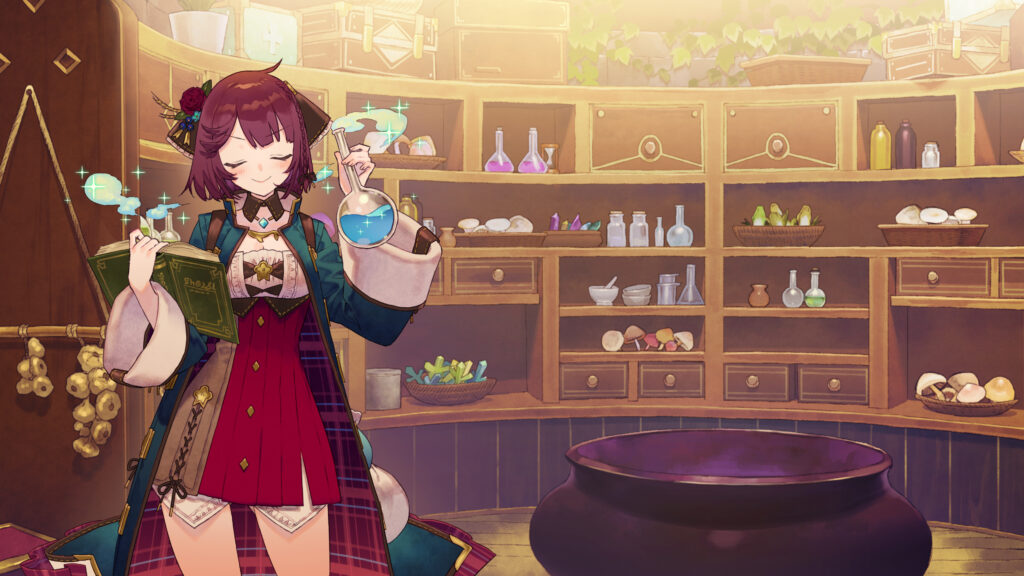 Japanese developers often like to use German terms in their games. That’s no secret. Erde Wiege are also German words. Can you explain this penchant for German language, not only in Atelier Sophie 2?

I have to ask it, otherwise our Atelier fans will tell me I forgot. Specifically, is there any chance of a return to Salburg? The games have never been localized. There are many ports and remakes around now, but…. what about Salburg?

Marie is a nice idea! I too think it would be great to do a remake of the origin of the series.

Lastly, a hypothetical question, also with a bit of fun to it. The Atelier series has a few spin-offs, such as Nelke, that also venture into new genres. What genre would you like to venture into with Atelier aside from the main series? An Atelier Musou sounds exciting. Musou Stars has already proven that Atelier characters can keep up. And you do have good contacts with the best Musou developers!

I am always thinking about genres for future titles, and that includes new series and spin-offs like Nelke & the Legendary Alchemists. Please look forward to future announcements of upcoming developments!

Thank you for your time!