JPGames: First of all I would like to thank you for this great opportunity to meet you. It is a huge honor. Thank you very much.

Tabata: I am honored to meet you as well. This will be fun.

Tabata: (laughs) That will be hard. I don’t think I can remember anything happening at that time.

JPGames: Well, let’s start with the easy ones then. Which aspect would you mark as the strongest one of Final Fantasy Type-0 HD?

Tabata: If we look at it as a HD remake, you have to admire how much the graphics changed from the original and how great it looks, but overall as a game it is the sort of feeling you get from the design and the story and how everything comes together. It is special to see how it depicts the theme of going through a very hard time. I don’t think there are any other Final Fantasy games where you get the same feeling of having to go through such a hard and cruel battle as you progress.

JPGames: How difficult was it to adjust the camera? It seemed to be quite a challenge.

Tabata: Well, speaking of the result, at first we had to get rid of almost all of the camera behavior and logic from PlayStation Portable and completely recreate it from scratch. The reason for that is quite obvious: When you switch from the small PlayStation Portable screen, where the action is so close and play it on the large TV screen, the inadequacies really showed. We had to change it in favor of the balancing and the controls.

JPGames: Can you tell us something about the quite drastic change of tone? The red atmosphere was completely changed into a blue one. Why is that?

Tabata: The change in the coloring tone was not completely planned from the beginning, it came from the original design of the new logo for the HD remake. Naora designed it and I told him what I wanted to do with it and how I wanted to change it. Basically we decided from that point to unite the presentation of the new game under that golden tone from the logo. The original idea was to change it from red to a warm and golden tone, but we found out that the graphics from PlayStation Portable would look too dark on a big screen and many details would be missed. So we decided to brighten it up and the blue tone came naturally when we tried to make everything as visible and sleek as possible.

JPGames: What made you decide to have the Eidolons playable in realtime and which one is your favorite?

Tabata: The first Eidolon we made was Ifrit. When we started working on him, we wanted to make him as brutal, wild and as much berserk as possible. But at this time we still just played with the idea of making them playable in realtime and then we looked at the summoning video we made first.

We saw an Ifrit NPC that was summoned and that acted on its own, but somehow we had the feeling that it was not the beast we wanted him to be. He did not seem wild and feral. I can still remember when we played with the technologies and the limits. When we tried to make it playable for the first time, I clicked the button and Ifrit made this huge and powerful attack and it was at that time that I knew that the Eidolons had to be playable. This was the first turning point when we decided to overcome the technical limits and make them playable in realtime. And so Ifrit is, of course, my favorite.

Tabata: Sorry, we do not have any plans for the moment, I am afraid (laughs). I mean, we do not have any real plans, but the Vita is a really nice piece of art. I still remember when we tried Remote Play for this game and I saw Final Fantasy Type-0 HD on a Vita’s screen and it looked awesome. I really like the Vita and if I get the chance, I would really like to do it.

JPGames: What did you learn from your older projects, especially Crisis Core: Final Fantasy VII and The 3rd Birthday, that really shows in your current games?

Tabata: There are especially aspects at the end of Crisis Core: Final Fantasy VII that I wanted to work with and explore a little bit more. Of course this is in a way true for the complete game. You can see this in both of my new games from the perspective I depicted the characters and the story, for example the human emotions and interior monologues.

JPGames: Yes, it was one of the most beautiful and heart breaking scenes I have ever seen.

Tabata: (laughs) When we first made that scene, we did not have that much blood on Zack and Cloud. We were working within our ratings and there were some things we just could not do. But I thought without the blood and that overall feeling, the emotions would not be the same. So we slowly put more and more blood on Zack and in the end I thought we had something really good. It showed exactly what I wanted to express with this scene, but within our rating system.

JPGames: You mentioned the ratings. In one of the first trailers for Final Fantasy Versus XIII, Noctis broke a soldier’s neck with his legs and spread blood all over the battlefield. That has changed, hasn’t it?

For that, we are trying to work at the limits of the rating and that changed how we were proceeding with the game in a lot of ways. That is why we really started to get a feeling of in how many ways we can put these things in the game. We thought about a menu where you can choose freely how much blood you want to see or a DLC for a different rating. Obviously we want to work within the standards of our rating, but I am still planning some shocking moments in the story and in those moments, brutal scenes are really necessary. I learned that.

JPGames: Can you tell us the file size of Final Fantasy XV: Episode Duscae?

Tabata: The overall size of the demo will be 5GB, but it uses the full processing memory of PlayStation 4 and Xbox One.

JPGames: Now let me ask a personal question. When Final Fantasy Versus XIII was announced, I was 13 years old. I went through the whole puberty and I am still waiting for this game. How are you feeling about something so many people waited for so long?

Tabata: (laughs hard) You are waiting since you were 13?

Tabata: That was one of the main reasons why I wanted to release the demo. You know, to satisfy the fans. When we changed over from Final Fantasy Versus XIII to Final Fantasy XV, there was a big reshuffle and we had to re-evaluate everything and now it is an officially numbered Final Fantasy.

The importance and size of the project changed, a little bit like the context. But I am aware that there are still people waiting for Final Fantasy Versus XIII and not Final Fantasy XV. Do not be afraid, you are not alone. Even people in the team share those feelings, for example the lead artist who created the Behemoth. He first started on Final Fantasy Versus XIII when he was 26 years old and now he is 35 and still waiting for the fans to see his art. There is a really strong feeling that we have to bring it to the world and make a game that everyone can enjoy. We HAVE to stop delaying it!

JPGames: You worked on two gigantic projects and both are getting closer and closer to the finishing line. Do you have any plans, ideas or maybe wishes for future projects?

Tabata: Obviously, from now on, I have to focus on the biggest thing which is Final Fantasy XV. All my time will be spent on it, but my studio has a number of other big projects and obviously those are all projects that we can not reveal yet. But I am very excited. You can really look forward to those.

JPGames: And now, to conclude, just a yes-no question! Can you tell us something about Stella?

Tabata: Sorry, I can’t (laughs). But after the release of Final Fantasy Type-0 HD and Final Fantasy XV: Episode Duscae you can expect some new and interesting information about the story. 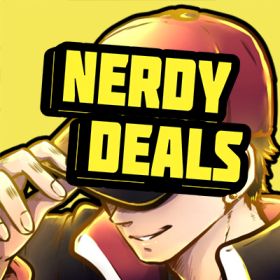 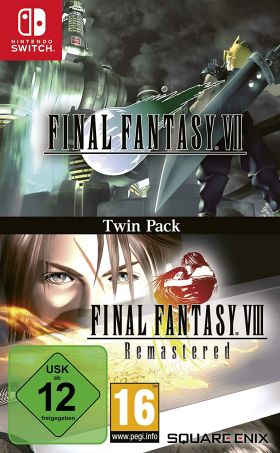