Our interview with Metal Gear Rising: Revengeance Producer Yuji Korekado, recorded at Gamescom 2012. He talks about the collaboration with Platinum Games, a possible sequel and a lot more. Have fun!

JPGAMES.DE: As producer you have to look after the whole development of Metal Gear Rising Revengence. Did the feeling of the game change drastically after the change of the Team?

Korekado: Yes, it changed. We specifically wanted the feel of change when we decided to work with someone that is not in the studio. So for the feeling of the Game, a lot of things that are typical for a good action game were implemented. And we wanted the game to move in this direction.

Korekado: We liked Raiden a lot as a character, because he is exotic. Raiden is for most part a cyborg, his main weapon is a katana and he has really unique skills we liked. Then in Metal Gear Solid 4 we saw his cool action and crazy movements, but it is for the most part in the cutscenes and we wanted the user to controll his actions, so this is one of the most important reasons why we decided to choose the character of Raiden.

JPGAMES.DE: Are there any plans for games for the Next Generation of Consoles?

Korekado: Right now we make the last asjustments for Metal Gear Rising. And we are working really hard in this last step of development. If we were to make a game for the next generation of consoles it might be a Sequel or something like this. When we created this game and the character of Raiden one of our goals was to make the players look foreward to see more of it. So when the players finish Rising and then ask for more it is definitly a consideration worth.

JPGAMES.DE: Will there be a Demo of Rising Revengence? Perhaps in the Zone of the Enders HD Collection?

JPGAMES.DE: What do you think of the current trend in the gamesmarket that Stealthfocused games get more and more actionelements like the series Splinter Cell?

JPGAMES.DE: Many fans are afraid that MGR: Revengeance will be censored or forbidden in some countries because of the zan-datsu. What can you tell us on that topic?

Korekado: For this title one of the main themes is free cutting, also there is a lot of cyborg battles. In that themes there are several expressions of violence, bt our intention of course is to let as many users as possible try out this game. So we understand that and we try to make different adjustment in the many regions to let as many users as possible play the game.

JPGAMES.DE: For Metal Gear Rising Revengence you are working with another studio. Are there more plans for coorperations between Kojima Productions and other companies, maybe outside of Japan?

Korekado: We do not have any specific thoughts about keeping the Metal Gear Solid Franchise in Japan, but we are not in a rush to bring the product outside. But if it would lead to a better content like in this case having a coorporation with an Outsource we of course keep it in mind. And again if we can make better content for the users by outsourcing we will keep it in mind.

JPGAMES.DE: As a Super-Cyborg with powerful weapons, the Blade-Mode, the zan-datsu an the Ninja Dash, is Raiden not a bit overpowered? Where exactly lies the difficult-setting of the game?

Korekado: For this demo it was the first time that anyone could control Raiden and with the very unique controls of the game we set the difficult setting of the demo very easy. If we had put it too high, we were worried. But for the actual product Metal Gear Rising of course there will be several difficult settings, so that people who play the game for the first time as well as people who are used to it will find a challenge in this game.

JPGAMES.DE: Can you see an end to the Metal Gear Solid series?

Korekado: First of all for Metal Gear Rising, this is a beginning of a new Metal Gear. And we worked on it with the idea that people want to see more of it and we hope to actually achieve that so that there can be future projects.

JPGAMES.DE: Working with Platinum Games, were there any restrictions in Gameplay or Story-elements that they waned to put in the game but you refused?

JPGAMES.DE: Would you like to work with your Team in Kojima Productions on the game?

Korekado: There was a reason for the change of the development team and working with them we can see this game and we are very satisfied with the result. Right now I believe that the game is in the best hands. We in Kojima Productions have our own ideas and believes how the game should look, but Platinum Games as well have their very own way for the game and yes, sometimes I wonder how the game would look like with more taste of Kojima Productions.

JPGAMES.DE: Capcoms Keji Inafune said that japanese videogameproducers lost their sense for good games and that American developers are far more ahead. Do you share this oppinion?

Korekado: Keiji Inafune used to work with Capcom and we think his oppinion is very valid and fair enough but on our side we try to make the best games as possible for all the world.

JPGAMES.DE: Would you like to work on more titles with Platinum Games? Another Metal Gear, Zone of the Enders or a completly new IP?

Korekado: Working with Platinum Games has given me a lot of things that I did not have. It is a really valiuable experience for me. So moving foreward, if I get an offer to make another game with another company Platinum Games will be definitly coming to my mind.

JPGAMES.DE: Which of the many Metal Gear Solid games is your favourite one?

Thank you very much! 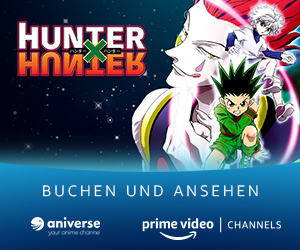 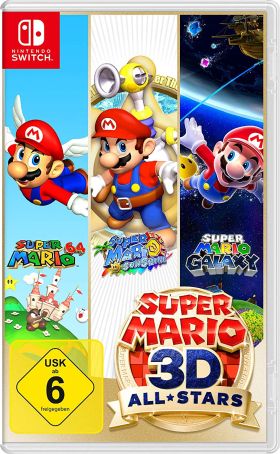