English transcript of our interview with Hideo Baba in Frankfurt.

JPGAMES.DE: Why were Innocence R and Vesperia never released in the West, even though the sales of other Tales of games were not that bad?

Hideo Baba: Actually, the team is working on many titles and they have to release them in Japan, so the timing is very important. And also the localization is a big challenge with many problems for the team. I would love to release those two titles on the western market, but the timing and the feedback from western branches were not very good at that time. So this is the reason why those games did not make it to the West.

JPGAMES.DE: Why did just the Xbox 360 version of Tales of Vesperia make it to the west and not the PS3 version?

Hideo Baba: Tales of Vesperia was the first title in the series which was planned to be released simultaneously in Japan, North America and Europe. This was very difficult and it was such a heavy burden for the team. So for the PS3 version, it was decided to reduce this burden and to develop it just for Japan.

JPGAMES.DE: Now that Tales of Xillia is announced for the western market, can we expect Xillia 2 to make it as well?

Hideo Baba: At the given moment, we can not say anything about a possible localization of Xillia 2. We are currently working on Xillia for the western market. I would love to bring the second installment to the West, but I can not promise it.

JPGAMES.DE: What is the problem of Asian RPGs being localized for the West?

Hideo Baba: Regarding JRPGs, I think it is similar to a novel. Like the Tales of series, JRPGs have a long and big storyline, but on the other hand we have the Western RPGs, with such a high degree of freedom. A real open world freedom. You can get through the game in so many different ways. That is the great difference between Japanese and Western RPGs. The way of approaching those two kinds of games is a whole different one.

JPGAMES.DE: Can we expect new Tales of games for the 3DS, Vita or Xbox 360 or will the series stay on one platform?

Hideo Baba: When so many consoles exist, this means the development team has such a wide range of possibilities, but regarding the Tales of fans, most of them own a PS3 or a Vita. And thus the team is bound on this hardware. But I understand that there are so many various consoles on the market and it could be possible to release a Tales of game on other consoles.

JPGAMES.DE: Is there any possibility for HD remakes of Tales of games which were never released in Europe?

Hideo Baba: There are many possibilities considering this topic. The Tales of series is a big JRPG library with many great games, but at the moment the development team is working on other projects.

JPGAMES.DE: What do you think about a crossover between Tales of and other series (FF)?

Hideo Baba: The idea of a crossover is a very interesting one. But the Tales of series has a specific characteristic, unique features and a different fanbase than, say, Final Fantasy. So I think the many fans would not like to see such a crossover.

JPGAMES.DE: Are there any daily life influences that inspire you for a new game?

Hideo Baba: Almost everything in my daily life is some kind of inspiration to me. So for example, if I go to watch a movie with a playtime of two or two and a half hours, I see every single scene, its necessity and how it is adapted and presented in the movie. Then I think: How can I transfer this experience into a whole video game?

JPGAMES.DE: Do you think it is necessary to shorten the production time of a game and keep releasing new games frequently to stay in competition?

Hideo Baba: Of course I try to set my focus on everything, but especially the story deserves a special mentioning. The Tales of RPGs are conceived in a way that the story is about 50% of the whole game. So this part is very important for the development team.

JPGAMES.DE: What can you say about the future of the Tales of franchise? Especially when many developers tend to casual games nowadays?

Hideo Baba: The Tales of series will stay a core RPG series, but I agree that the trend tends to casual games nowadays and I cannot ignore it completely. So I try to mix things a bit up and implement a few parts of the current trend into the games I work on.

JPGAMES.DE: Will ufotable be the animation studio for more Tales of games, other than Xillia 2?

Hideo Baba: Yes, there will be more collaborations between us.

JPGAMES.DE: What is your favorite game?

Hideo Baba: There are way to many games that I really like and so, like a lot of other video gamers, I cannot decide which one I like the most. But, as an example, I can take Super Mario Bros. I loved it as a student, although I hate mushrooms and it was very shocking that the hero eats mushrooms and gains new powers from them. Also, I was very confused that he could eat flowers that made him throw fire. 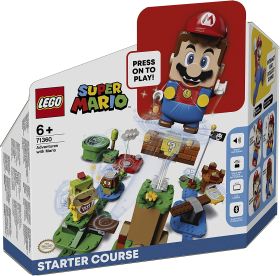 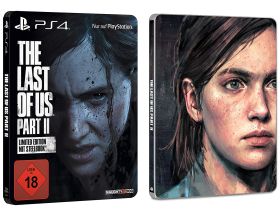 The Last of Us Part II
Exklusive Steelbook Edition* 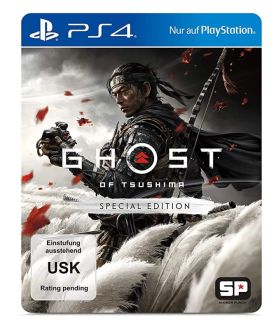